High achieving students at New City College's Epping Forest campus came together at their student achievement awards evening last night, where they received their individual awards and enjoyed the recognition of their success in front of an audience of proud family members and teaching staff.

21 awards were presented on the evening held at the college's Border Lane campus in Loughton. The awards represented each curriculum area of the college as well as two special Deputy Principal Awards.

Special guest for the evening was Councillor Stella Murphy Mayor of Loughton, who presented two awards and with entertainment provided by the college's SEND student choir, who wowed the audience with their version of 'Ain't no Mountain High Enough'.

Our students have performed to a very high standard this year and should be congratulated on their academic and personal achievements. Many will progress to leading universities to study fascinating and rewarding degrees and others are going directly into employment with top employers in their chosen field.

Every student was a winner on the evening and particular highlights included:

Amber Tassie, winner of the Business Studies student of the year award. Amber delivered high achievements in her course work throughout the year and regularly produced a high standard of written work as well as putting in a large amount of independent study during the year.

Anna-Marie Dean, winner of the Beauty Therapy student of the year. Anna-Marie who was diagnosed with MS at the beginning of the year, has maintained an outstanding level of determination and commitment to complete her course as well as GCSE maths and English. She gained distinctions in all study units and works part-time in a salon.

Madison Law, winner of the Mathematics student of the year. Madison impressed her teachers by overcoming a low self-esteem and self-belief to be a success in maths. She went from 'low achiever' to high achiever in maths, being unfazed by higher grade work and pushing her teachers for even more challenging course work.

Elise Modeste, winner of the Sports Studies student of the year. A strong performing student with distinctions in all her course work. Elise led a number of primary and secondary school sports events assisting staff in the planning and running of them. The feedback received spoke of her superb work ethic and inspirational approach. Elise is also a 100-meter sprinter with a personal best of 12.1 seconds and she has competed at a number of high profile athletics events and is preparing to take part in the national championships.

Christianna Vitanova, winner of the Redas Dainys Award for Outstanding Sporting Achievement. A high performing and conscientious student who is also a GB rhythmic gymnast, training for 18 hours a week as well as travelling abroad to training camps and competitions. She is also the English and British champion. As well as studying her sports diploma, Christianna has completed in World Cups and most recently the English Championship, winning three gold medals.

The winner of the Deputy Principal's Team Award was the Epping Forest Basketball Team for winning back-to-back championships in two different leagues over the last two years. They went undefeated last season, winning an incredible 17 games out of 17. In the Association of Colleges National Cup they made the semi-finals, and were the only London team remaining in the competition.

The winner of the Deputy Principal's Award for Outstanding Achievement was Cody Muntean. Cody has achieved full distinctions on her Legal Secretaries course and her fantastic work ethic has seen her secure a full-time job with top accountancy firm BDO Global, who she impressed during a work placement.

Take a look at some of the highlights 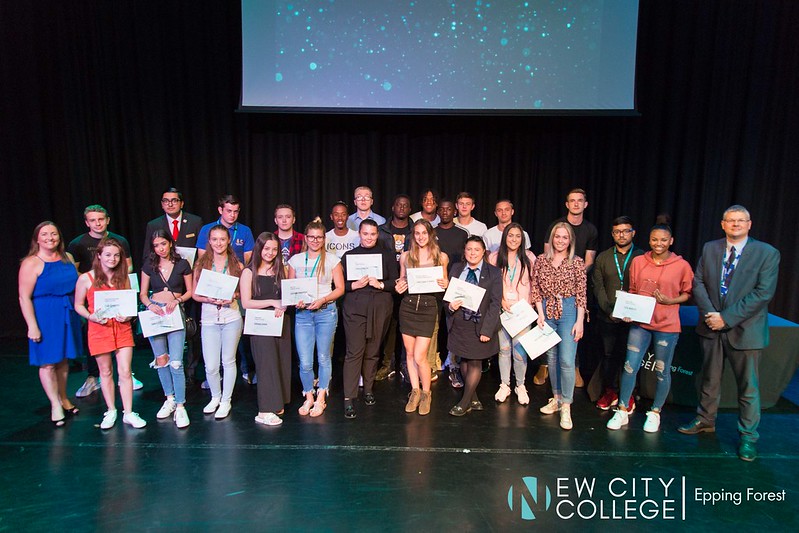