Tele Lawal became a Labour Party Councillor on the London Borough of Havering Council, as well as being based at the Houses of Parliament as a Case Worker for MP Meg Hillier.

She stood as Labour’s candidate in the General Election on 12th December 2019 in the Hornchurch and Upminster constituency, receiving  12,187 votes. The seat was won by Conservative MP Julia Lopez.

During her time at Havering Sixth Form, she studied Performing Arts and Creative Media BTECs, achieving Distinction grades in both.

She describes her time at college as “one of the best times of my life” and said: “College is where I learned independence and determination. This particular mind-set was drummed into me by some wonderful tutors who taught me that I could be successful through hard work.”

After leaving College in 2013, Tele attended Nottingham Trent University, where she was awarded a degree in Broadcast Journalism. She has experience in Public Relations, the not-for-profit sector, and has volunteered at Belong Charity and Capital Moments.

She is keen on improving community cohesion, tackling discrimination and youth violence. She said: “Anything can happen when you finish your time at Havering Sixth Form. I never ever imagined myself as a Councillor on Havering Council, but here I am, honoured to be representing thousands of residents in Harold Hill.

“My advice is to believe in yourself and never listen when people say you can’t. Work hard in everything you do and aim high. Don’t look at others, just stay focused on your own journey.

“Also, always seek advice and knowledge from people who are more qualified than you. I got to where I am because I tapped everyone’s experiences. If I didn’t seek help and support, I wouldn’t be here.

“This was not my planned career path, but one day I realised I wanted to help other people. It was not easy. I was knocked down several times, but I got back up again and again. Having the mental strength to pick yourself up is key, so even when you’re tired or it feels like you’re not getting anywhere, keep on. It will be worth it.” 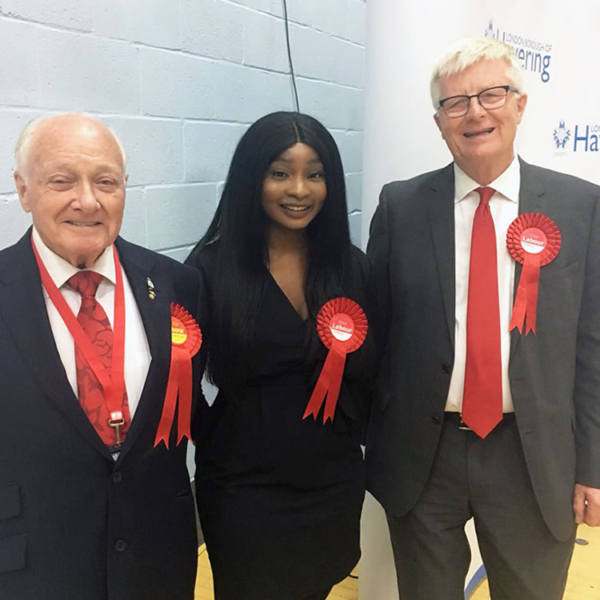